Fashionable with hot rodders since the 1950's, 3X2 or tri-power intake manifolds were a popular fuel delivery alternative that added additional power to a car when expensive four barrel carburetors were first introduced. Aftermarket manufacturers cast manifolds that would allow multiple two-barrel carbs to be installed on a wide variety of OEM engines. In time, the "Big 3" created their own 3X2 setups: GM used the term "Tri-Power" while Mopar used "Six-Pack" or simply "6" and Ford called it "6V" with the "V" short for "Venturi".

Pros: Done right, "trips" could give a hot rodder "four barrel" performance with even better fuel mileage. What's more, they are rarer then other carb setups... so there's always the "cool factor".

Cons: Cost. More parts translates to higher costs on average. Also, the time it takes to build and "dial in" a typical set up. IMO, multi-carb setups separate the men from the boys when it comes to tuning engines.

Strange Fact: Chevrolet never released a Tri-Power manifold for the Small Block as a production item. However, Chevrolet did produce Tri-Power systems for the big blocks; the 348 "W" engine got a system with Rochester carbs, while the 427 Mark IV engine from '67 thru '69 could be ordered with triple Holleys.

Here is a short list of aftermarket Tri-Power manifolds:

Offenhauser 3287
Listed in the Offy catalog as a single-plane manifold for '55--'56 265. Available machined for 3-bolt flanges for Ford/Stromberg carbs; or with 4-bolt flanges for small Rochester carbs.

Offenhauser 3558
Listed in the Offy catalog as a single-plane manifold for 283, 327, 350, 400. Also available machined for 3-bolt flanges for Ford or Stromberg carbs, or 4-bolt flanges for small Rochester carbs. 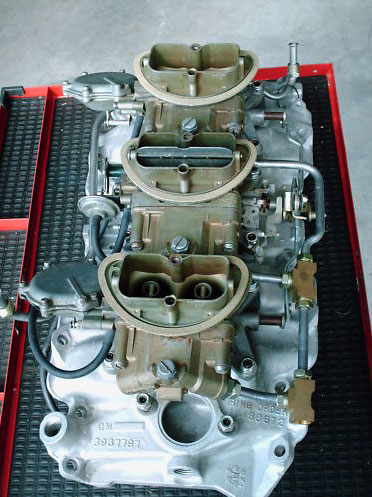 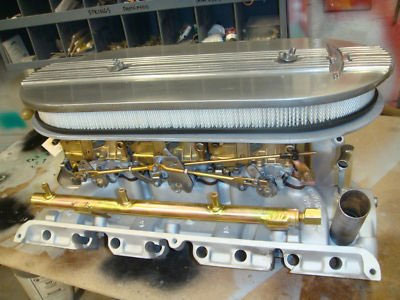 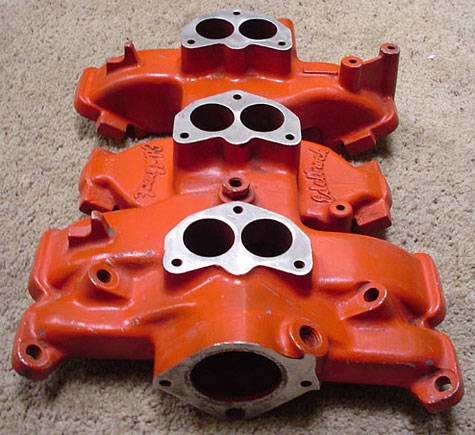 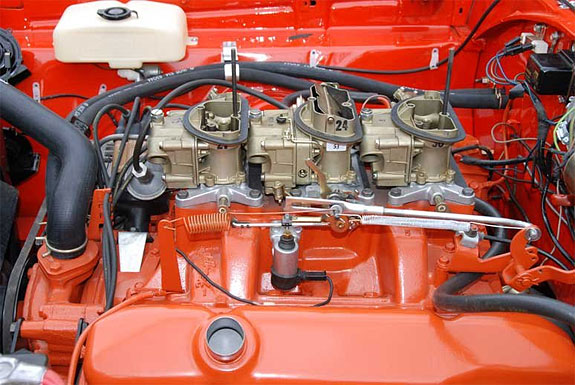 Email ThisBlogThis!Share to TwitterShare to FacebookShare to Pinterest
Labels: Parts 101